I’m a Soldier of Fortune

D. cucullaria is a favorite among hikers and birders, who come across the tooth-like flowers in the spring just as the weather is becoming most pleasant. The small white flowers appear on stalks above the low-growing plants.

Many gardeners like to plant D. spectabilis, known as Bleeding-Heart due to its small (one-inch), heart-shaped pink or white flowers that “bleed” a drop of white. The flowers, which look like small lockets or lyres, appear on curved racemes.

When Swedish botanist Carl Linnaeus first examined this plant’s dried flowers, he named it Dielytra due to the two-sheathed blossom. The plant later became known as Dicentra. More recently, botanists proposed changing the name to Lamprocapnos, but its common name could just as easily be Soldier of Fortune.

In 1846, botanical explorer Robert Fortune located D. spectabilis while hiking in Chusan, an island in Japan. Fortune brought the plant back to the United Kingdom, where it enjoyed great popularity among gardeners who had sought a plant with an early bloom.

Interestingly, this plant was previously “discovered” in Siberia in 1810, but none of the specimens collected during that trip survived.

A beautiful cultivar of Dicentra spectabilis, ‘Gold Heart’ is a must for brightening up shade gardens with its exquisite gold leaves and peach colored stems coupled with heart-shaped rose-pink flowers.

D. spectabilis enjoys “average” shade. Specifically, it likes early morning and late afternoon sunlight, and prefers to be shaded during the heat of the day. D. spectabilis begins blooming in mid-April and blooms for several weeks.

Choose companion plants like Hostas and ferns to plant near your D. spectabilis, as it will become dormant during midsummer.

Rohsler’s offers many species and varieties of Dicentra which make a gorgeous addition to any shade garden. 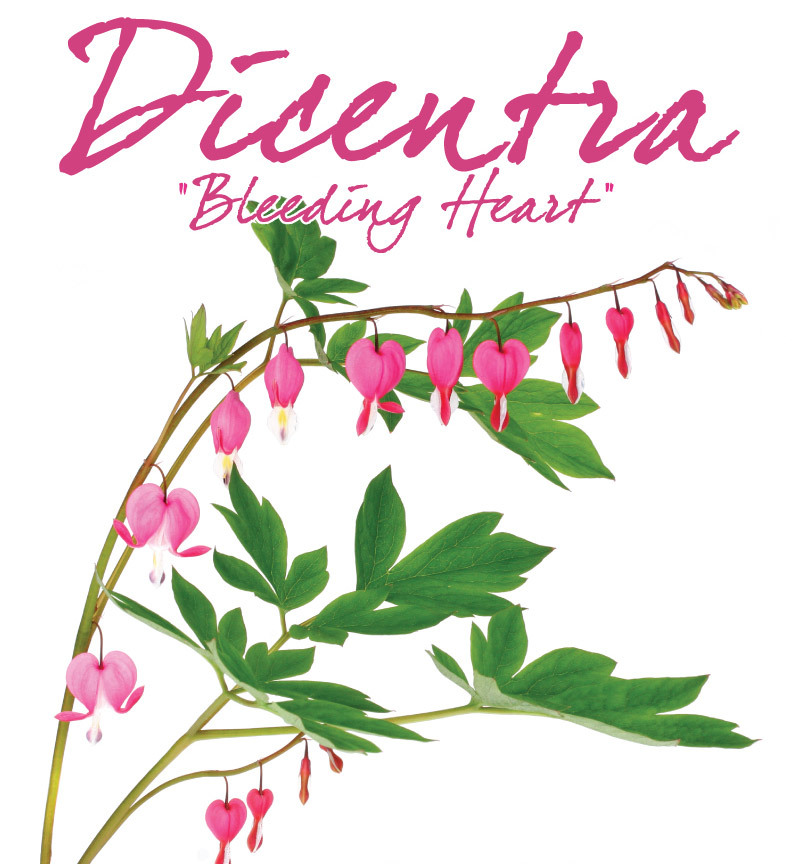