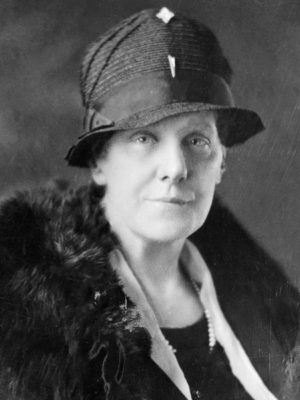 Anna Jarvis (1864-1948) never married and never had children of her own, but her tireless efforts in favor of motherhood gave birth to Mother’s Day, a celebration known throughout the world.

Not surprisingly, Anna was inspired by her own mother, who had already passed away when Jarvis launched her campaign for a day to honor all mothers.

Mrs. Jarvis was a social activist who founded Mother’s Day Work Clubs and Mother’s Friendship Day to help heal the relationships between mothers of soldiers who had fought on opposing sides during the American Civil War. She also encouraged Anna to attend college.

On May 10, 1908, Anna organized a memorial ceremony to honor her mother and all mothers. The event, considered the first “official” celebration of Mother’s Day, was held at Andrews Methodist Episcopal Church in Grafton, West Virginia, where Mrs. Jarvis had been an active member. The church was dedicated as the International Mother’s Day Shrine, a National Historical Landmark, in 1992.

Mother’s Day is now celebrated throughout the U.S. and in a host of countries in South America and Africa. The holiday is also marked in Japan, China, Mexico, and Canada.