Perennial Of The Week: Stachys

As children, many of us get to know Stachys when we reach out to touch the irresistibly soft, fuzzy Lamb’s Ears. While this family of plants includes some real softies, other forms have decidedly less woolly foliage, and many forms produce attractive, long-lasting blooms.

Recognizing the spikes of pink to purple flowers produced by so many forms of Stachys, Linnaeus gave this plant family a Greek name that means “an ear of grain.”

Great for beginning gardeners, Stachys will tolerate dry soil conditions – even drought – and resists deer and rabbits. Plant Stachys in a sunny spot and enjoy the show!

We now have multiple varieties of Stachys ready for your garden. Be sure to look for our homegrown plants in the branded Rohsler’s Grown pots.

Stachys ‎minima, also known as Dwarf Betony, is a tiny dynamo. This plant grows close to the ground, no more than six inches high, but gardeners value this variety for its appealing scalloped foliage and pinkish purple flower spikes.

Stachys‎ officinalis Densiflorus is another low-growing form of Stachys that stays from eight to ten inches high. These plants produce lavender flowers that rise above glossy, basal leaves.

Big Ears is commonly known as Stachys Helene Von Stein. Von Stein, Germany’s Countess Von Zeppelin, was known for her work as a horticulturist. The plant that carries her name yields few flowers, but produces larger, thicker foliage than the commonly grown form of Lamb’s Ears.

Stachys monieri Hummelo’s lavender flowers appear in late May and June. It is a perennial workhorse that is reliable from year to year.

Stachys officinalis Pink Cotton Candy has beautiful pink two-toned flowers for up to two months during the summer. Its compact habit makes it a beautiful addition to a sunny border.

Visit Rohsler’s today, and add one – or several — of these versatile plants to your landscape. 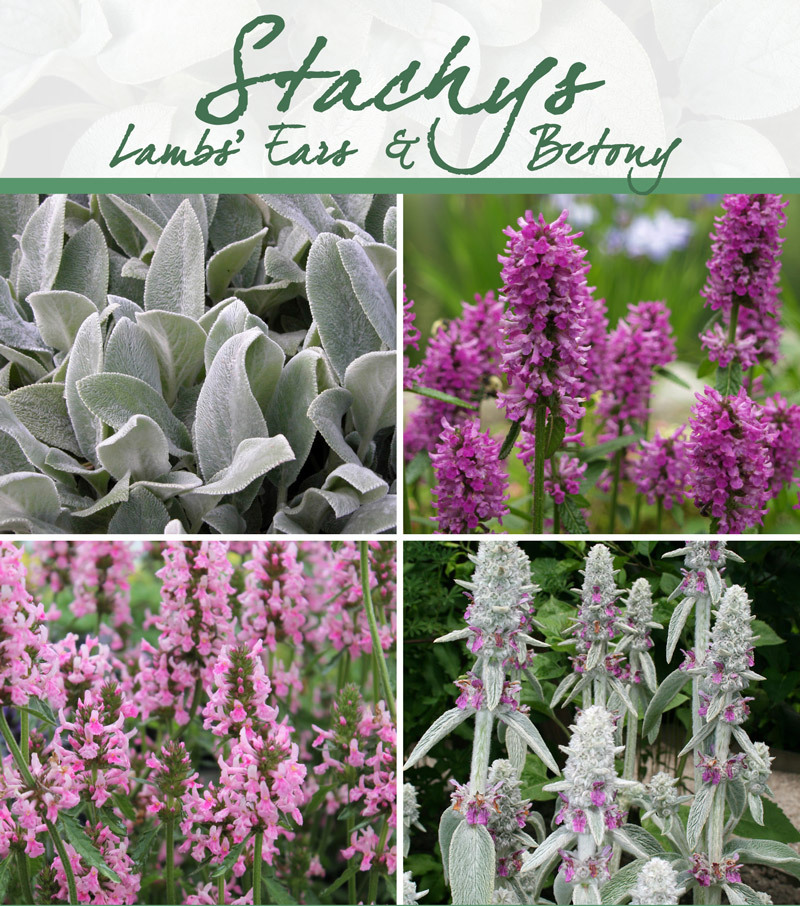